Rocket is native to the Mediterranean region, from Morocco and Portugal in the west to Syria, Lebanon and Turkey in the east. It is now available all around the world and is naturalised in the Americas. In the US, where it's now widespread, it's known as Arugula and in India the mature seeds are known as Gargeer.

It's wide use as a salad vegetable is down to it's pungent, peppery flavour which is unusually strong for a leaf vegetable. In Italy it's also eaten raw with pasta or meats.

While today Rocket has a totally innocent reputation this has not always been the case, back in Roman times it was considered to be an aphrodisiac, with several classical authors making mention of it. 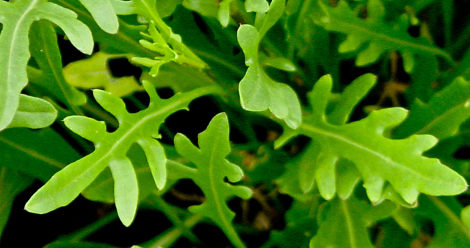