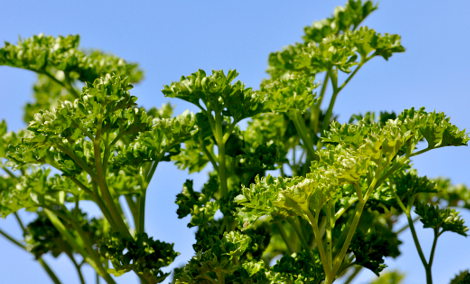 Parsley is native to the central Mediterranean region (southern Italy, Algeria, and Tunisia), and grows in the wild elsewhere in Europe. It's widely cultivated and consumed as a herb due to its attractive and mildly bitter taste which is commonly described as 'fresh' and 'grassy'.

In Europe, America, the Middle East and Brazil it's a common cooking ingredient,
often used as a garnish, with the fresh chopped leaves being sprinkled on top of the dish just before serving. In the US it is the most commonly served herb, being the first choice for restaurants to use as a garnish.

In England it's used as an ingredient in a white sauce as an addition to a meal with meat or fish.

The two main types of Parsley are Curley Leaf, prefered for garnishes due to it's decorative appearance, and Flat Leaf which is often considered to have a stronger flavour. In Eastern Europe it's common to grow Parsley for it's root which is served as a snack or used in soups, stews and casseroles. 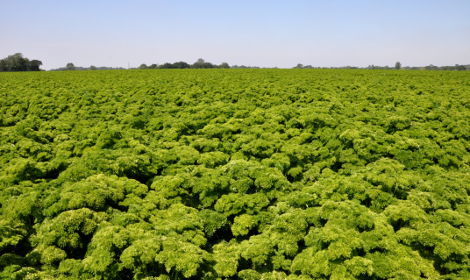 Nutrition wise Parsley is one of the least calorific of herbs, with only 36KCal per 100g and it contains zero cholesterol and fat. It's rich in vitamins, minerals and dietary fiber. An appropriate health benefit is that the high amount of chlorophyll has been shown to negate the effects of the cancer inducing heterocyclic amines which are generated when grilling foods at a high temperature. So be sure to not discard the trim on that unhealthy burger!

As the largest producer of Dried Parsley in Europe with over 2000 acres dedicated to this crop alone Camstar can provide the full range of cut sizes year round.