Even though its name suggests a mixture of spices, allspice is a single berry from the Jamaican bayberry tree. The pimento tree is native to the West Indies, the Caribbean Islands, Central and South America, and Mexico. It is grown commercially in Jamaica primarily and also in Mexico, Trinidad, Cuba, and Honduras.

Allspice became known in Europe after it was found by Christopher Columbus, although he wrongly identified it as pepper. Apparently although he was actively seeking pepper he'd never actually seen the real thing. Hence the name 'pimento' arose, from the Spanish for pepper which is 'pimiento'. 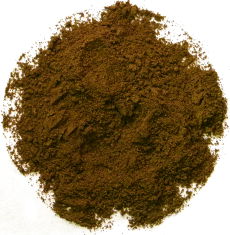 The spice reached Europe in the 16th Century, and was dubbed 'allspice' by the English who were of the opinion that it resmbled a combination of cinnamon, nutmeg and cloves.

The plant was guarded against export from Jamaica in order to create a monopoly, this aim being helped by the unusual method of seed proporgation inthe wild. It had long been observed that birds spread the seeds, but they would only germinate after passing through the digestive tract of the bird.

The Carribean origins of he spice make it's use in jerked meats unsurprising, and it's used extensively for pickling and marinades. In the Middle East, mainly in Iran and Turkey it's used as a flavouring for rice, particularly if that rice is used as a stuffing. In the U.S it's used mainly in desserts, while in Great Britain they like to put it in cakes as well as many savoury dishes. Another heavy consumer is the Germans, they don't have it in their kitchens but commercial sausage makers include substantial amounts in their products. 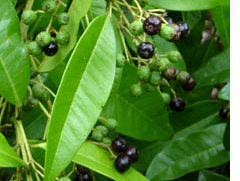 Allspice is also used in fragrances for men which is why so many of those products have the word 'spice' in the name. Legend has it that the olfactory benefits of the seeds were discovered by Russian soldiers during the Napoleonic war of 1812. They hit on the idea of putting allspice into their boots as a means to keep their feet warm then discovered that foot odour was kept at bay.