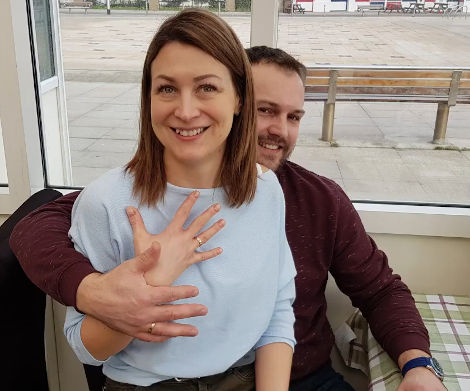 Metal detecting enthusiast Stephen Jennings was thrilled to find his first ever gold ring on Lowestoft Beach back in September 2018. A quick examination of the engraved ring revealed the first names and marriage date of a couple who had obviously lost the ring fairly recently.

Rafal Kolibski, Engineer and Shift Supervisor at Camstar Herbs, and his wife Basia were thrilled to hear that the ring had been found and traveled to meet Stephen and recover it. Having lost the ring while swimming in the sea at Lowestoft only 3 months after the wedding Basia had of course been incredibly dissapointed, never expecting it to be found.

Stephen is also delighted to have helped, as is documented here in his YouTube video.