Two Spices from the Same Plant

Nutmeg and Mace are both derived from the tree Myristica fragrans. Nutmeg is the seed itself, while Mace is a red aril which surrounds the seed.

While they are often used interchangeably Mace is
somewhat stronger, more pungent and has a slightly more savoury scent.

The plant is native to the Banda Islands in the Moluccas, traditionally known as the 'spice isles' and situated in Indonesia. Cultivation has spread to Malaysia, the Caribbean, Southern India and Sri Lanka, although Indonesia and Grenada are the main sources.


The history of the spices is particularly violent. During the middle ages Moorish traders kept the origin of the spice secret.
The Portugese eventually discovered it in 1512, and while they mostly used this as a trading opportunity the secret was out. In 1621 the Dutch waged war against the relatively defensless Bandanese until they had conquered the islands, reducing the population from 15,000 to 1,000. They then had a monopoly on the spice until the British captured the main island in 1810, leading to them taking control of all growing areas. While the Dutch were later to re-invade the British had already exported enough trees to other countries that could support growth. 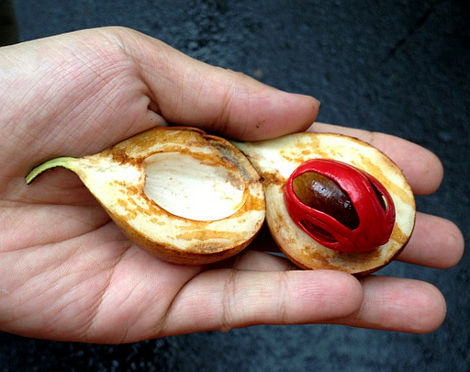 Culinary use is varied, in Indonesia it's used mainly in soups and gravies for meat dishes, however they also have a sweet called manisan pala which is made from nutmeg slices.

In Malaysia it's shredded and sugared to create a topping for a dish called ais kacang,nd also made into an iced tea.

The Indians use it in many sweet and savoury dishes, and in Kerala where it is grown they even make a nutmeg pickle.

In Europe the best known use is for the traditional rice pudding, although it also adds flavour to potato and meat based dishes.

In the Carribeans they have a more basic approach, and simply sprinkle it onto alcoholic drinks. 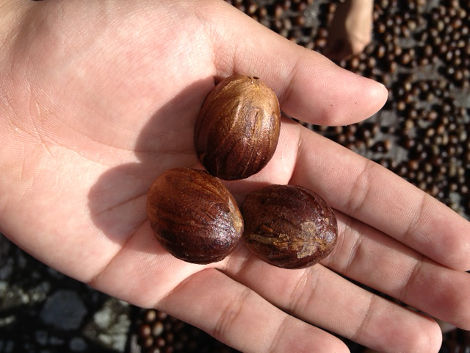 Nutmeg is not used medicinally, in the small amounts used for cooking it's safe but in larger doses it has strong effects. While popular rumour may call it hallucinogenic the reality involves headaches, nausea, dizziness and memory disturbances, with psychosis followed by death being the possible result of eating just one whole nutmeg. 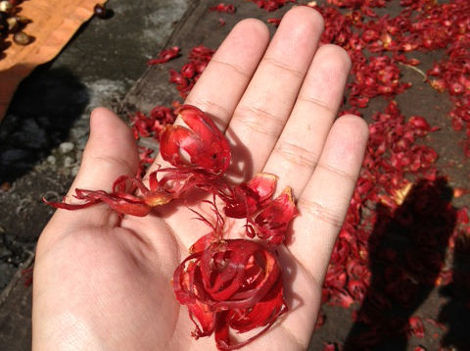