or is it Cassia?

The inner bark of a tree is harvested to create this spice. If that tree is of the species Cinnamomum verum then the result is Cinnamon but if, as is often the case, the tree is Cinnamomum cassia then the result is Cassia, often called Cinnamon but technically a different spice. The tastes of both are similar enough for substitution to be the norm, while Cassia is somewhat stronger tasting Cinamon is considered to be more subtle.
One significant difference is that Cassia has unpredictably high levels of coumarin. For regular culinary use this is no issue, but if a great deal of the spice is consumed it's safer to stick to genuine Cinnamon. 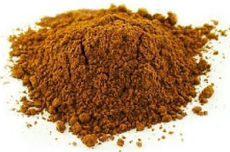 Cinnamon is native to Bangladesh, Sri Lanka, southern India and Burma, but the Moorish traders who brought it into Europe told a different story. Cinnamon was brought to their domain from the mysterious lands where it grew by giant birds, and used by them to line their nets. Perhaps an obvious subterfuge designed to keep up the price, but one which was still fooling people into the start of the fourteenth century.

This days Sri Lanka is the main grower of genuine cinnamon, with Indonesia being the primary source of cassia.

In Europe, cinnamon is commonly used with cooked apples and bakery products, while in Mexico it is a popular addition to chocolate. It's an important spice in Persion and Turkish cuisine for both savoury and sweet dishes. 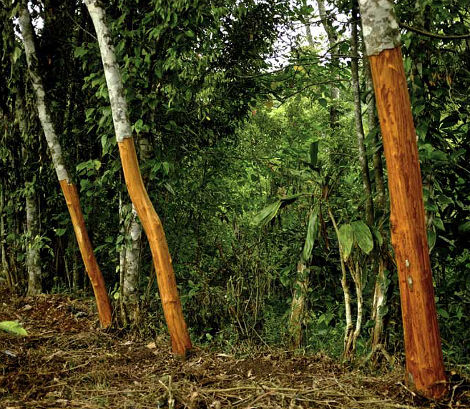